Faith Farm Ministries offers a faith based recovery program that includes residential drug and alcohol addiction transformation along the road to recovery. . With 440 beds across three campuses in South Florida, we offer the time and tools it takes to choose to live a productive life in recovery. Faith Farm began in 1951 as an overnight rescue mission in Ft. Lauderdale. Today, each campus has a church, thrift store, and live-on staff of pastors, teachers, and counselors. All faiths, races, and socio-economic classes are welcome. Faith Farm offers all recovery services free of charge.

Faith Farm’s faith based recovery programs have a three-fold focus based on its Mission Statement:

Faith Farm’s program has reached students from all 50 states and several countries. Through our residential faith based recovery programs, classes, counseling, education, and work training opportunities we offer life transformation and recovery – not just sobriety. 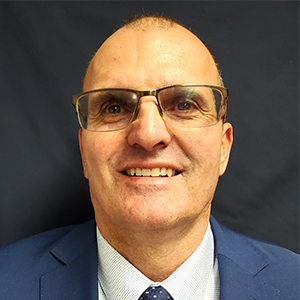 Rick came to Faith Farm in 2014. He was a homeland missionary and church planter. Rick is experienced in entrepreneurial business management and all aspects of church leadership. With a diverse background of military, business and ministry, his no nonsense approach challenges men … not just to be men, but men of God. He is a gifted speaker, counselor and Pastor who has a heart for the hurting and a willingness to do something about it. He served as Campus Pastor and Campus Director, and is currently serving as Faith Farm’s Chief Executive Officer. 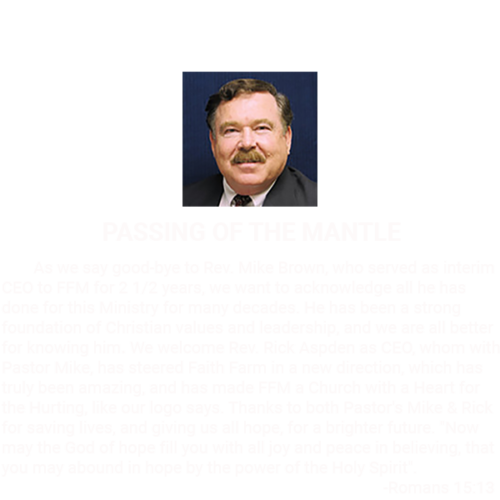 Pastor Mike Brown has been around Faith Farm for most of his life. In 1959, when he was 7 years old, his father, Rev. Gurnade Brown, came to oversee the original Ft. Lauderdale Rescue Mission. In June of 1974, upon graduating from Bible College, Mike became a staff member at the Ft. Lauderdale campus. He was mentored in the Word and on the job by “Pappy”, Rev. Garland Eastham, Founder of Faith Farm Ministries, and later became Pappy’s assistant until his death. Mike served over 23 years with Faith Farm Ministries, working in almost every staff position and on all three campuses, including serving as CEO. In 1997, Mike left Faith Farm to serve as pastor of another recovery ministry in Indiantown, Florida, called Dunklin Memorial Camp, where he served as President of Dunklin International helping to establish other locations similar to FFM and DMC in the United States and other parts of the world. Mike, and his wife, Theresa, have two married sons, Dustin and Aaron. They also enjoy six grandchildren. On June 1, 2003, he and his wife, Theresa, founded The Gathering Church in Okeechobee, Florida, where he presently serves as Senior Pastor. Additionally, he is founder and CEO of Mike Brown Ministries International, where he continues to do consulting for recovery ministries at home and abroad. 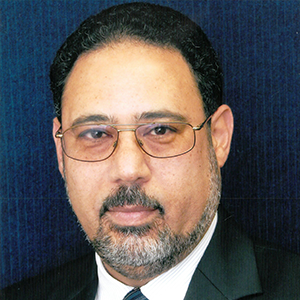 Assistant to the CEO

Frank Grisanty began his association with Faith Farm in 1986 as a student and it is not too dramatic to say that God, a praying wife, and the Faith Farm Ministries are the reasons Frank is alive today. So profound was the Farm’s influence in his life, that he brought his wife and two year old son into the ministry in 1988 and stayed for 22 years. Working his way up from Yard Crew Supervisor to Administrative positions, Frank and his family are sold out to the God ordained mission of Faith Farm. Called out by God in 2008, Frank gained invaluable experience in various positions at Gulfstream Goodwill and other service organizations, and he is thankful to be able to bring this experience, once again, to the ministry. 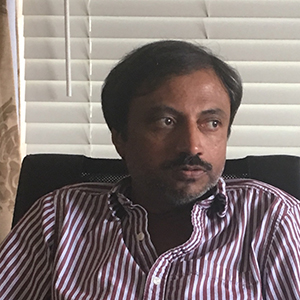 Raj arrived at Faith Farm in 1989 as a student and subsequently graduated from the program. After serving and giving back to the ministry, he left in 1994 to become the Director of Abiding Hearts, a Christian support program, only to return in 2010, when answering God’s call. He became the Supervisor for Outside Sales in the Boynton Beach store and later became the Supervisor for the IT/Electronics Department. Raj instructs and mentors our Extended Program Students in the furthering of their Spiritual growth. Raj is currently serving as the Director at our Boynton Beach campus. 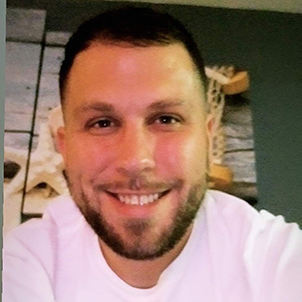 Charlie graduated the Fort Lauderdale program in 2015. After graduation, Charlie accepted a position in the Behavioral Health field as a Case Manager. Charlie answered God’s call to full time ministry when he returned to Faith Farm Fort Lauderdale in 2017 as Administrative Staff over our New Furniture Department. He has since transferred to our Boynton Beach campus where he now serves as our Assistant Director.  Charlie loves fishing and spending time with his beautiful wife Marina and their 5 wonderful children. 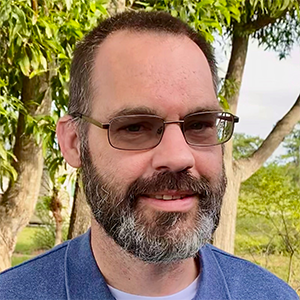 Micah graduated the Faith Farm Okeechobee program in 2013. He has a heart for the Lord and the desire to help men find the restoration of life that he found through Christ.

He has been employed by Faith Farm since 2016. He moved to Boynton in 2021 where he now serves as Intake Coordinator. He is blessed with a wife, 2 sons, 3 daughters, and an awesome dog. 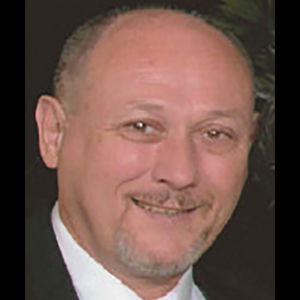 Pastor Jim is a fifth generation pastor, following his father Richard Reneau, who also pastored at Faith Farm Ministries.  Pastor Jim attended the International Bible College in Texas and Gold Oaks Bible College in California.  In 1977, he was ordained with the International Ministerial Association.  Since that time, Jim has pastored in Alaska, Idaho and California, before coming to Florida. Pastor Jim has been married to Debbie for 43 years. They have four children and are proud grandparents. 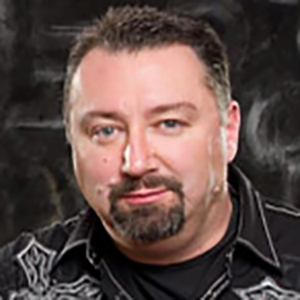 Pastor Douglas Lidwell holds degrees in Communication and Theology from colleges in his home state of Illinois.  He was ordained as a pastor at Christ Temple Church in Huntington, West Virginia, after serving as an associate pastor in an urban mission church plant in Pekin, Illinois.  In 2013 Pastor Douglas and his wife Heather answered the call of God to come to Faith Farm. Their desire is to minister the abundance of grace & the gift of righteousness, to see families restored, and to advance the Kingdom of God by strengthening men in a dynamic way that focuses on their new identity in Christ. 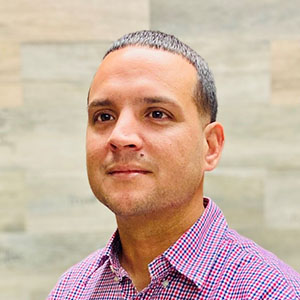 Pastor Ramon Ayala has a powerful testimony of his victory over addiction by faith in Jesus Christ and is a 2012 graduate of Faith Farm’s sister ministry, Dunklin Memorial Camp.  After completing the program at Dunklin, Ramon stayed on to serve and continue a process of personal and family healing for three years before moving on to Canaan Church in Miami, a restoration church for families.  He served four years there, where he was ordained as a pastor dedicated himself to the restoration of broken families.  Pastor Ramon, his wife Monica, and their four children joined Faith Farm Ministries in November of 2019. 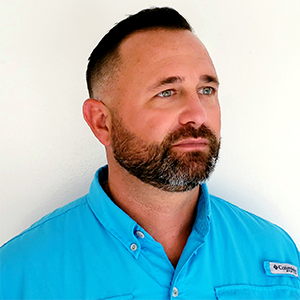 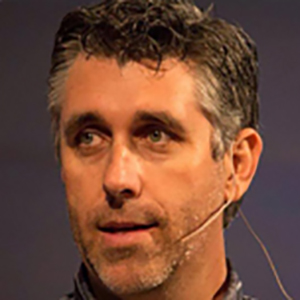 Lee came to Faith Farm Ministries in 2014. He was a homeland missionary/pastor with many years of experience in ministering to people that are broken and hurting.  Lee also has business and entrepreneurial experience. He has a Bachelor of Science degree in Transformational Christian Ministry from Warner University.  His experience and education uniquely equips him to help lead Faith Farm’s Okeechobee Campus. Lee is married and has two daughters. 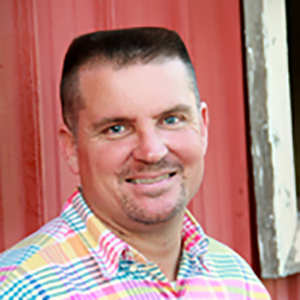 Marc has been with Faith Farm since February 2005, when he entered the Okeechobee Campus as a Student. After successfully completing Faith Farm’s Basic Program, he stayed as an Advanced Student to explore God’s call to the ministry. When the call came to remain with Faith Farm as an employee, he accepted that call and served as the Okeechobee Campus Intake Counselor, and is currently serving as Assistant Campus Director. He is married to Melissa and has two sons. 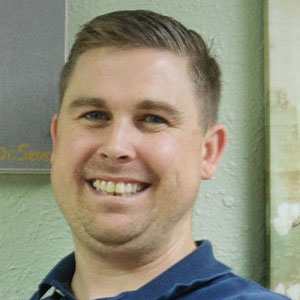 Nikki came to Faith Farm as a student in 2016 after 16 years of addiction. After completing the first stage of Faith Farm’s program, Nikki completed two additional years of the Faith Farm Advanced Student program where he continued his growth as a disciple of Christ. Nikki was then hired to serve in the Intake Department where he has the opportunity to share Christ and help restore lives to God. 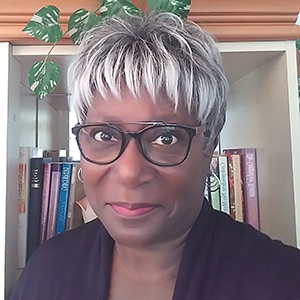 Carolyn Joan (“Jo-An”) Green is a native South Carolinian, who grew up on the west coast of Florida in Pasco County, but graduated high school in Broward County.  After earning a Bachelor of Science degree in Speech Pathology/Psychology from Xavier University in New Orleans, Louisiana, she began a career in social services.  After 10 years in New Orleans, she returned to Florida with her husband and children, continuing in what has become almost 40 years in the social services/mental health professions.  In the meantime, she earned her Master of Science degree in Counseling Psychology from Palm Beach Atlantic University in West Palm Beach, Florida, while working as a Protective Supervision Counselor with the Department of Children and Families. Subsequently, she became a Licensed Mental Health Counselor.  Joan was born again and began a personal relationship with the Lord over 46 years ago.  Interwoven throughout the fabric of those, sometimes, tumultuous years has been the “very present help” of a faithful and loving Father manifested by His consistent provisions, constant protection, and continual restoration.  He has, systematically, caused every deposit that was made in her life to work together for her good and for HIS glory.  Joan is a published author and the matriarch of a family of three wonderful children and six remarkable grandchildren. 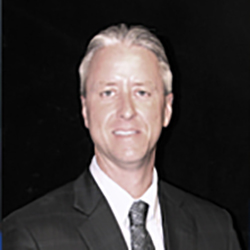 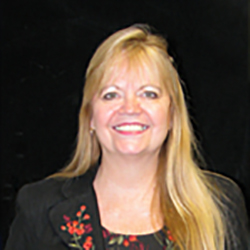 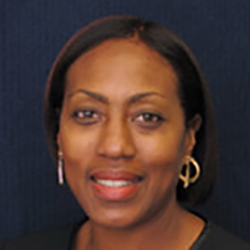 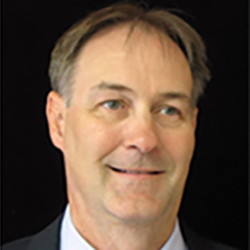 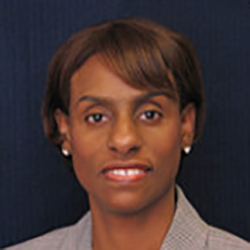 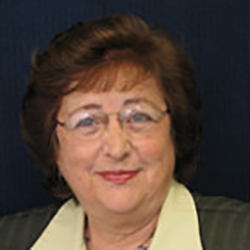 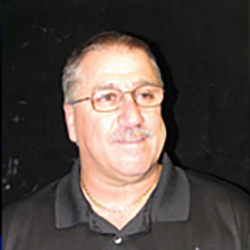 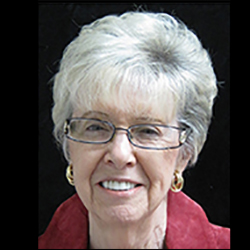 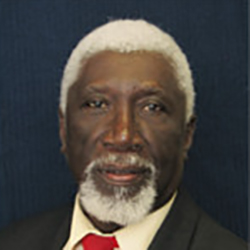 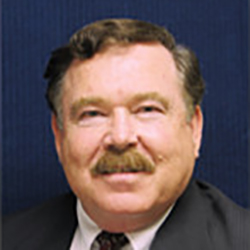 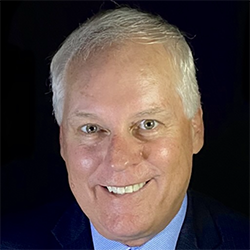 Our Founder and History

A Legacy and Vision

In 1951, Rev. Garland “Pappy” Eastham was an obedient servant of the Lord with a big vision. He opened his church to the homeless men that lived on the streets of the Ft. Lauderdale, many of whom struggled with addiction to drugs and alcohol. His first move was to have a safe place to offer an overnight stay with hot meals, but he also fulfilled the greatest commandment, to love one another. It troubled him that the problem continued and he saw the same men come back, time and time again, struggling against the stronghold of addiction. He realized that to obtain effective life change, the program needed to be extended, both in the amount of time the men stayed and the teaching they received. Faith Farm Ministries has evolved into a 10-month, faith-based residential recovery program for men and women with 440 beds on more than 1,500 acres in Ft. Lauderdale, Boynton Beach and Okeechobee. Although our physical locations are in south Florida, we are a national program attracting participants from across the nation and around the world.

Something You Want To Discuss With Us?

© 2021 Faith Farm Ministries. | All Rights Reserved | 561.737.2259 | 9538 US Hwy 441 Boynton Beach, FL 33472 | Fort Lauderdale Rescue Tabernacle, Inc., d/b/a Faith Farm Ministries is a 501(c)(3) organization. Gifts are deductible to the full extent allowable under IRS regulations. A copy of the official registration and financial information may be obtained from the Division of Consumer Services (Registration #CH27828) by calling 1-800-help-flafree (435-7352) toll free within the State of Florida. Registration does not imply endorsement, approval or recommendation by the State.